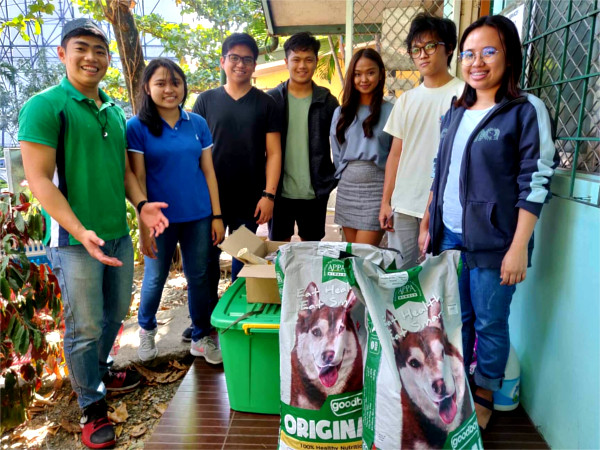 The Philippine Animal Welfare Society (PAWS) is a non-profit organization that advocates for the humane treatment of animals in the country. Their different programs include: providing shelter and rehabilitation to abandoned animals, educating people about responsible pet ownership, and conducting spay or neuter outreach programs in various municipalities. The organization is also open for volunteers, donations, and adoption. For their 2018 outreach activity SanD members donated dog and cat food, chew toys, shampoo, and other materials needed by PAWS to help mistreated and abandoned animals. 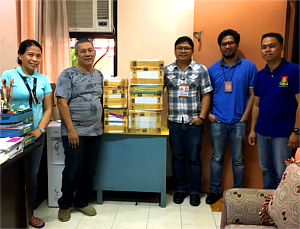 SanD members launched a book drive for the Mindanao State University MSU Main Campus Department of Physics in Marawi City shortly after they resumed operations in 2017. Several physics, mathematics, and chemistry textbooks, as well as a handful of scientific calculators, were collected from students and colleagues from the science community. The nearly 50 kg shipment was first received by the MSU-Iligan Institute of Technology Department of Physics, which graciously offered to deliver the boxes to Marawi City by land. 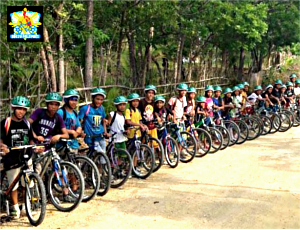 Bikes for the Philippines Foundation was founded in 2011 to address the pressing need of school children in remote Philippine areas to traverse unsafe terrain to get to school. The organization delivers bicycles to students in these areas and provides riding, safety, and maintenance training to the recipient community. Additionally, they organize community events and group rides to motivate students to use their bikes every schoolday and improve attendance rates. In 2016 SanD members raised funds to support the cause of helping students stay in school by making their daily treks much easier. 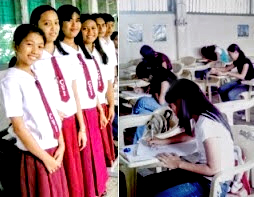 In celebration of the International Year of Light, the members of SanD contributed to the future of bright and talented students from the Central Visayan Institute Foundation (CVIF) in Jagna, Bohol. The CVIF has served Jagna and its neighboring communities since 1925 and has championed innovative pedagogical techniques such as the Dynamic Learning Program. Directing its growth and success in recent years are NIP alumni and 2010 Ramon Magsaysay Awardees Christopher and Ma. Victoria Bernido. Several CVIF scholars find themselves taking promising career paths in math, science, and technology and SanD seeks to continuously foster their brilliant young minds. 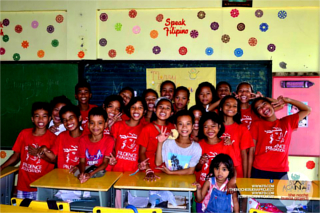 The Noche Buena Project is one of the components of the Start Again Project, which began as a volunteer effort to rebuild communities after typhoon Haiyan/Yolanda. In 2014, Noche Buena volunteers distributed 1500 care packages to ten communities around Leyte. Members of SanD have raised funds during their annual year-end party for several of these care packages. SanD aims to continuously extend its support to the efforts of NIP alumna Kat, who has been leading the Start Again Project since 2013.

Liknayan is the Filipino word for physics. It is also the name of a little yellow fishing boat in Bantayan Island

After typhoon Haiyan swept through the Philippines last November 2013, several organizations and individuals rallied to help those affected by the storm. In addition to participating in the relief efforts of NIP and UP Diliman, SanD members supported the Bantayan Island Back to Sea Project by raising funds to rebuild a banca for the fisherfolk of Bantayan Island in Cebu. The project, which was led by members of the Bantayan Island community, has since expanded from a small grassroots effort to a registered non-profit organization that supports community-based development (Damgo sa Kaugmaon transl. Dream for the Future). The minds, hands, and hearts behind Bantayan Back to Sea hope that their methods to success are adopted and replicated in other areas vulnerable to the forces of nature.

If you wish to know more about Damgo sa Kaugmaon and other organizations that interacted with SanD after Haiyan, please follow the links on the righthand sidebar.

Bangka Relief also rebuilt boats for beneficiaries in Cebu and Leyte. They developed a new boat design (Veetab) that is suitable for mass production and rapid deployment. The prefabricated pieces are made of sustainably-sourced wood and can be assembled by a single person in two days. Bangka Relief has since expanded and has also built low-cost typhoon-resistant homes for those displaced by the storm. 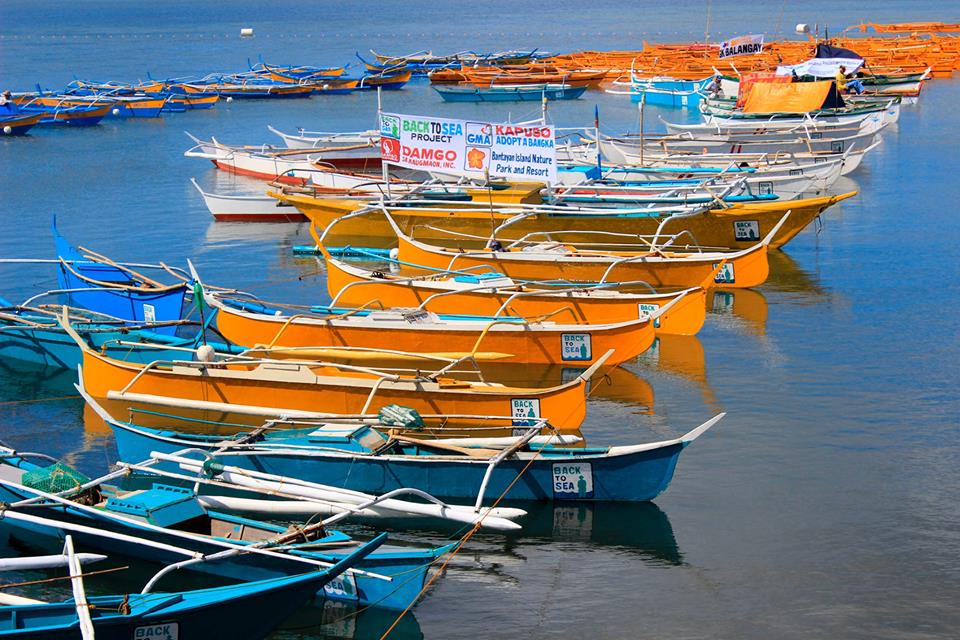 The Start Again Project is spearheaded by Kat, who was an Applied Physics student of NIP when the project took off. In partnership with international volunteers and several communities in Leyte, this project repaired and rebuilt damaged school buildings, provided books and school supplies to students, and attended to the other immediate needs of their beneficiaries. 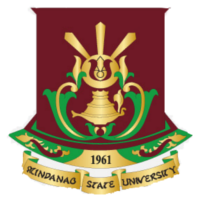 Bikes for the Philippines 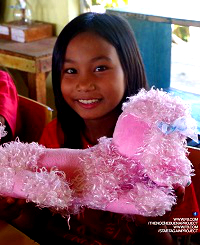 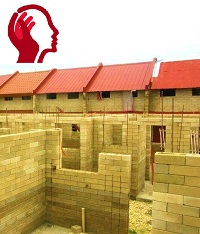 Bantayan Back to Sea 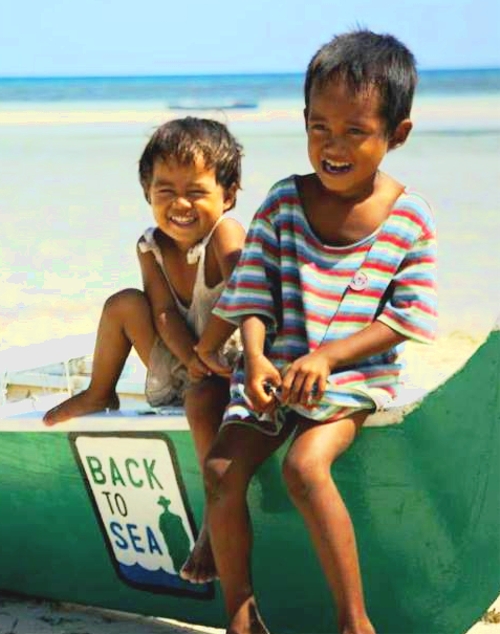 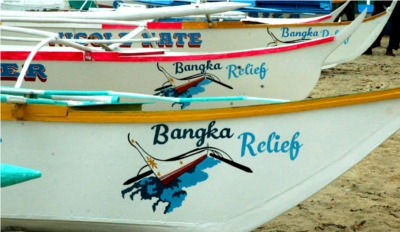 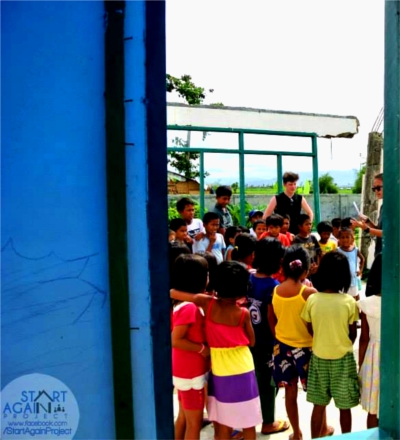