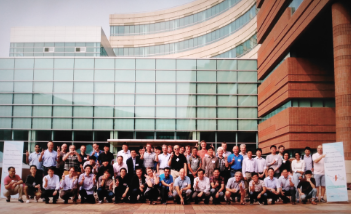 The ICTP Asian Network on Condensed Matter and Complex Systems links scientists of the International Centre for Theoretical Physics (ICTP) in Trieste and several research groups in Korea, Vietnam, Thailand, and the Philippines. The network node in the Philippines is coordinated by SanD faculty Cristine Villagonzalo and involves physicists from MSU-IIT, UP Diliman, and UP Los Baños. SanD members were actively involved in three network activities this year and look forward to further participation in the following years.

The inaugural workshop of this ICTP Asian Network was on non-linear effects and short-time dynamics in novel superconductors and correlated spin-orbit coupled systems. It was held at the Institute of Basic Science Center for Theoretical Physics of Complex Systems in Daejeon on 18-22 September 2017 and was attended by another SanD physicist Francis Paraan. He presented his research on spin-orbit entanglement in a two-dimensional electron gas in the workshop poster session. 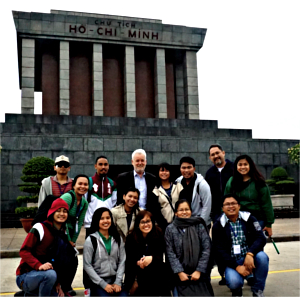 The first school on complex condensed matter systems of the network was hosted by the Institute of Physics of the Vietnam Academy of Science and Technology (IOP-VAST) in Hanoi last 20-24 November 2017. Several physicists and students across the Philippines participated in this event. Several lectures were delivered on a broad range of topics from superconductivity, holographic descriptions, disordered systems, topological phases, and other complex phenomena in condensed matter. SanD students Rafael dela Rosa and Daniel Marquez shared their research posters on entanglement and magnetic interactions in low-dimensional systems.

Francis Paraan participated in the second session of the network school on entanglement and quantum phase transition at the Asia Pacific Center for Theoretical Physics in Pohang (29 November - 2 December 2017). This mini-school focused on frontier topics on quantum information and quantum criticality such as entanglement in non-unitary models, disordered systems, and non-equilibrium systems. 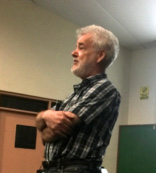 Finally, ICTP Asian Network Coordinator Paul Pearce of the University of Melbourne visited the National Institute of Physics from 16-22 December to prepare for the upcoming network activities in 2018 and 2019. During his stay he also delivered a talk on his research on Yang-Baxter integrability in 2D classical and 1D quantum models. 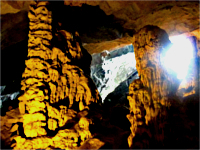 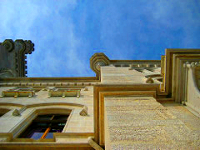